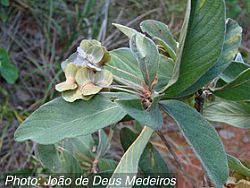 A new study by researchers from Brazil used the TT AFM from AFMWorkshop to show the effect of an extract from a common plant found in the Brazilian Cerrado Biome (Terminalia fagifolia, left) on Staphylococcus bacteria.

Staphylococcus stand out because they belong to a diverse group of bacteria that cause diseases ranging from skin infections to bacteremia. Staphylococcus aureus can cause a range of serious infections, with high rates of morbidity and mortality. This pathogenicity reflects its ability to produce a variety of toxins, and to firmly adhere to prosthetic materials, apart from the capacity to develop resistance to antimicrobial agents.  Among infections caused by S. aureus are sialadenitis, osteomyelitis, endocarditis, muscle and brain abscesses. These conditions may be targets for future clinical use of T. fagifolia derivatives, which prevent the growth of methicillin-resistant bacteria (MRSA) and have low mammalian toxicity. 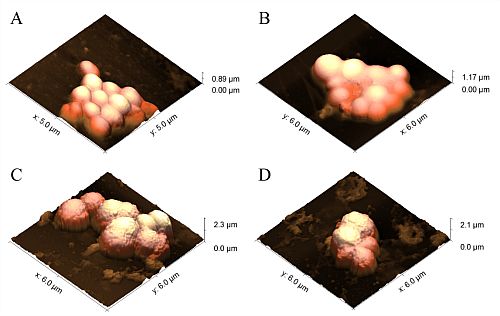 AFM height images showing S. aureus ATCC 29213 before (A & B) and after (C&D) exposure to the extract from T. fagigolia.

The work was carried out by doctoral student Alyne Araujo, under the supervision of Dr. José Roberto Leite, of the Biotec (Centre for Biodiversity Research and Biotechnology) research group in the city of Parnaíba, Brazil. Said Dr. Leite:

"The images showed for the first time alterations caused by these natural products in bacteria of this genus. The TT AFM has been in our lab a short time, and is already producing published results in a number of projects."

The project of Biotec is in partnership with researchers from the [email protected] lab, University of Porto, Portugal. The publication of this work is available online. 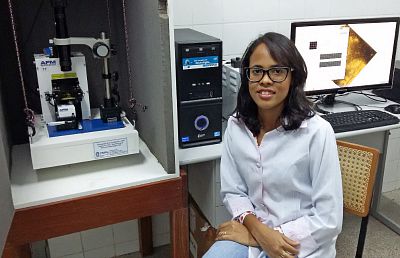